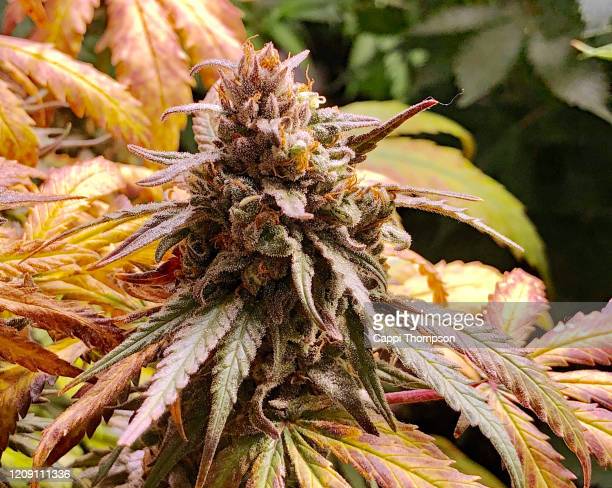 If you’re looking for a new cannabis strain, consider growing the Jack Herer. This high-quality cannabis strain was first developed in the Netherlands in the mid-1990s and was distributed by pharmacies there as a medical grade strain. It’s a pine-scented, spicy variety that’s won many awards for its high quality and flavor. Many breeders have tried growing this strain in both Mediterranean and sunny climates, and it can flower anywhere from 50 to 70 days.

This versatile strain is known for its deep, euphoric high, which can be ideal for morning and midday use. While not a great choice for nighttime use, Jack Herer does not make you feel sleepy or tired. New cannabis users will also find Jack Herer to be a great choice, as its balanced effects make it suitable for a range of moods. It can also help with a variety of ailments, including anxiety, depression, and stress.

The aroma of Jack Herer cannabis strain is a combination of pine and lemon, with undertones of citrus and fresh soil. The buds are dense and sticky, with crystal trichomes. It has been tested to produce potency levels of up to 24 percent. This strain has an enjoyable and clean after-scent, and it’s easy to see why it has become so popular with recreational and medical users alike.

The Jack Herer marijuana strain was named after activist and cannabis writer Jack Herer, who published the non-fiction book ‘The Emperor Wears No Clothes’ in 1985. This strain’s terpene and cannabinoid content vary depending on the phenotype. Jack Herer has an average of 15 to 24 percent THC, and is known to produce cerebral effects. The strain’s flavor is described as a mix of spice, pine, and wood.

The Jack Herer marijuana strain’s potency is double-edged, leaving its users feeling energized and in complete control of their creative process. It is also great for social settings, where it helps people converse freely. It gives users a high that makes them feel as though their heads are in the clouds. Despite its high potency, it is not suitable for sleep. The Jack Herer cannabis strain gives users a dual sense of relaxation and a buzz, allowing them to focus on tasks that are important to them.

One of the most popular sativa-dominant marijuana strains, the Jack Herer is especially popular for daytime use. Its high-energy rush makes consumers feel refreshed and creative, while the relaxed state eases their stress. Its uplifting nature makes it ideal for productive conversations, and many people use it to treat pain or psychological ailments. This potent strain is known for being extremely versatile and can be used to treat a wide range of ailments.

The Jack Herer cannabis strain is low maintenance, and is highly resistant to many diseases and pests. It can flower in eight to nine weeks, reaching its maximum maturity by late September to early October. It also responds well to hydroponics and soil, and can produce as much as 18 ounces per square meter. The Jack Herer phenotypes are a strong resin producer, making them excellent for vaporizers, concentrates, hash, and other cannabis products.

The Jack Herer strain comes in several phenotypes, allowing growers to select the phenotype that fits their needs best. This allows them to choose a genetic phenotype with the desired characteristics while maintaining the near-psychedelic potency. Phenotype-A buds are very large and stringy, with large calyxes. The calyxes are rounded and resinous, while the pistils are short and squarish.

Jack Herer is a high-THC cannabis strain, with a relatively low CBD content. Its THC concentration averages 18% and a small percentage of CBD. Its flavour and aroma are very unique from other marijuana strains, but should be considered a priority when choosing a growing environment. Optimal growing conditions and climate for the Jack Herer strain are outlined in the table below.

The genetics of the Jack Herer strain are closely guarded secrets, but are believed to be a cross of the sativa staple Haze, northern lights #5, and Shiva Skunk. The high produced by the Jack Herer is a blend of cerebral and physical effects. It makes the user relaxed, conversant, and attentive. Medical users have embraced the strain’s flavor, making it one of the most popular strains in the world.

The Jack Herer strain is one of the most popular daytime cannabis strains, and is named after a legendary marijuana activist. Jack Herer wrote the book The Emperor Wears No Clothes, a groundbreaking piece that advocated for legalization in the United States. In 2010, Herer passed away after years of heart problems, but his name and his work continue to live on as a powerful force in the marijuana movement. If you’re looking for a great strain to relieve stress, look no further than the Jack Herer.

The Jack Herer weed strain is a great way to wake up, especially for people suffering from depression or anxiety. However, it does have some side effects. Besides dry mouth and eyes, users of this sativa-dominant strain can experience paranoia, dizziness, and cottonmouth. Users are advised to drink plenty of water before taking this strain. This can reduce the possibility of vomiting and diarrhea, which can be harmful.

The Jack Herer cannabis strain is a sativa-dominant hybrid that was developed in the Netherlands in the mid-90s. Haze, a popular sativa strain, was combined with Northern Lights #5 and Shiva Skunk to create Jack Herer. Various awards have been won by this strain. Its bud can address several common ailments, including migraines, anxiety, and general stress. While marijuana is an extremely enjoyable, safe, and effective way to manage stress, the effects of Jack Herer may surprise you.

The Jack Herer has a powerful cerebral high that can lead to a creative flow. The buzz is immediate and strong, and a tingling sensation can be felt throughout the body. Users are often left feeling relaxed and at ease. The high-THC content can induce anxiety and paranoia in some people, but it is still important to keep the amount of THC to a minimum in order to avoid side effects.

Where To Buy Jack Herer Seeds

The Jack Herer cannabis strain is named after a prominent cannabis activist who was an author of “The Emperor Wears No Clothes.” It combines the resin-producing qualities of an Indica with the cerebral effects of a Sativa. Its parent strain, Haze, was crossed with Northern Lights #5 and Shiva Skunk. As a result, the Jack Herer strain has garnered multiple awards and won the hearts of many cannabis connoisseurs.

The seeds from Jack Herer are moderately easy to grow and can be grown both indoors and outdoors. In either case, they require 12 hours of light. Jack Herer is resistant to simple diseases and pest invasion. It flowers between seven and nine weeks of planting. Its harvest period is mid-September. There are many benefits to growing Jack Herer and learning how to grow it properly is a fun and rewarding experience.

Suitable for indoor and outdoor growing, Jack Herer has an energizing effect. It is also calming and suitable for people with high levels of stress. The seeds are available in a variety of sizes, including Feminized Jack Herer Seeds. However, if you’re planning to grow the Jack Herer cannabis strain for medicinal purposes, be sure to buy them from a reputable source.

Feminized Jack Herer Seeds produce beautiful, mesmerizing buds with a unique terpene profile. They have a subtle indoor scent and are perfect for stealth growing. They also produce dank and earthy flavors, perfect for a long night on the town. The Jack Herer feminized seeds are the perfect daytime weed – they don’t make you sleepy. 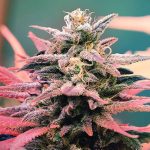 Mother Of All Buds Cannabis Strain 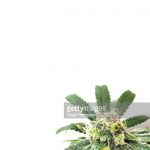 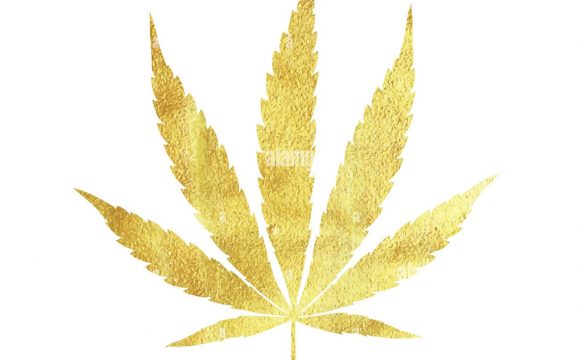 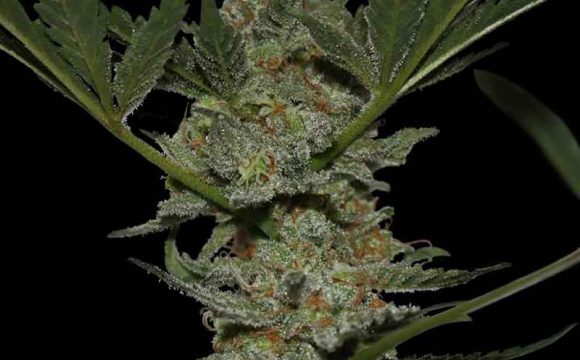 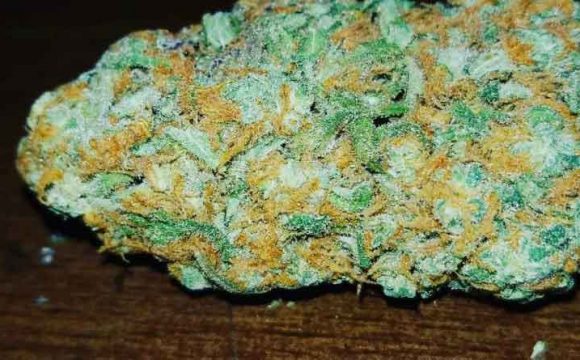 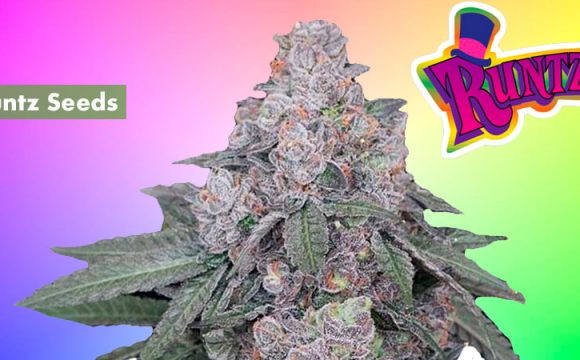 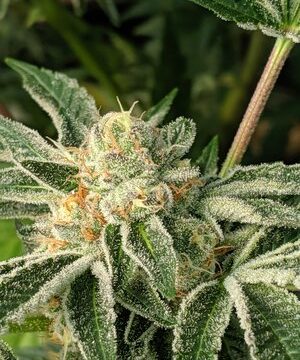